Having been super excited to be nominated, it’s with even more excitement that we can announce that All Consuming Love (Man in a Cat) took home the LoCo award for Best Comedy Short at the 9th London Short Film Festival! The film will now screen as LoCo Film Festival’s Discovery Short before its Discovery feature film at the BFI. Here’s me, Louis, and Denise from the London Comedy Film Festival with the shiny prize: 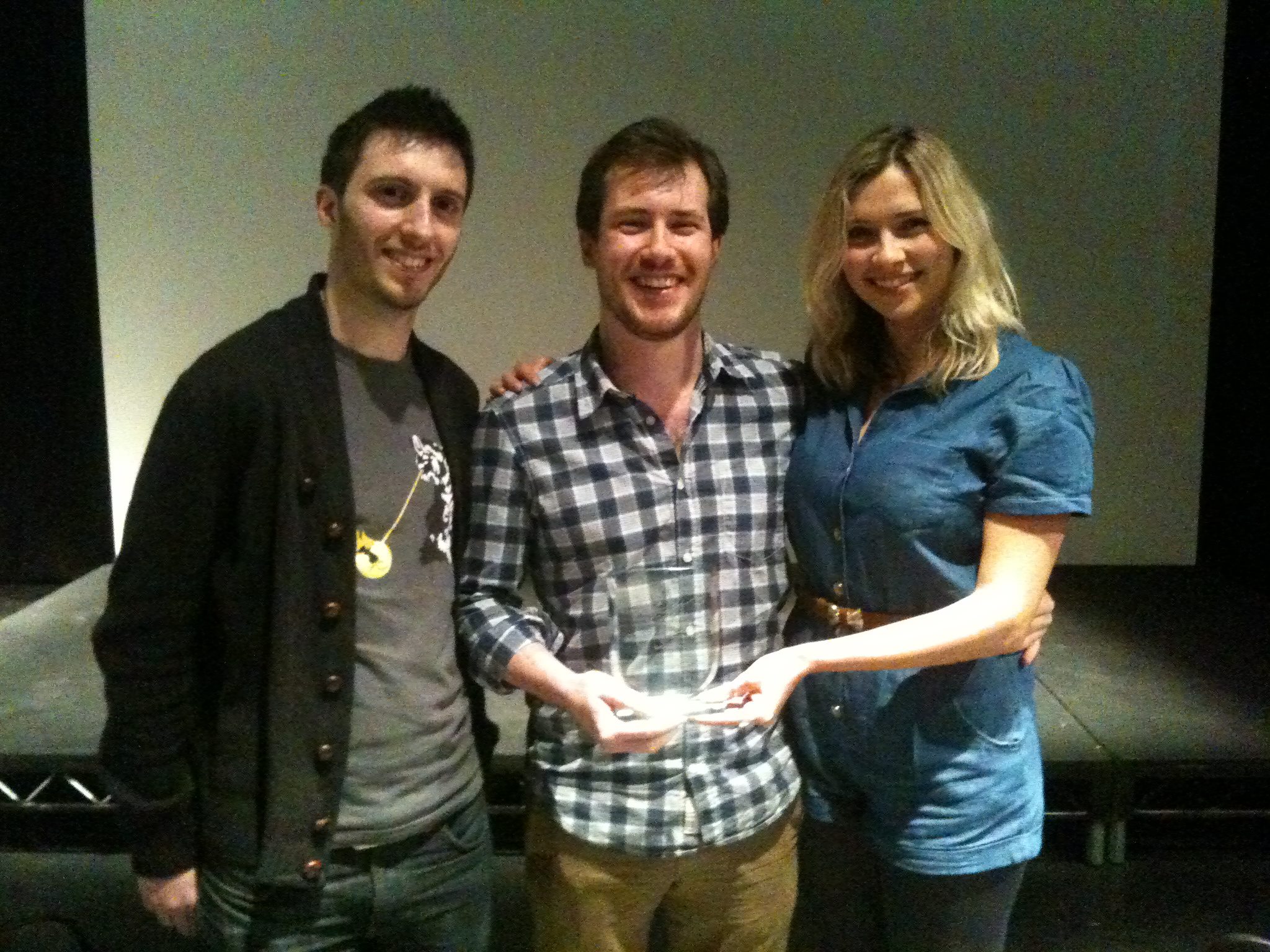 It was a lovely surprise to have won and it really justifies the hard work of everyone involved in getting the film made, especially Louis who put more into Man in a Cat than anyone. Obvious thanks go to the festival for selecting the film, and LoCo Film Festival for selecting us as winner in our category. We couldn’t have done it without the backing of UK Film Council, Screen WM, and producer Jon Petrie who helped to secure our awesome voice cast of Kevin Eldon, Josie Long, and Isabel Fay.

It’s great that LSFF even had a comedy award in the programme. Most festivals don’t so it’s brilliant to be recognised for making a funny film when that is what we set out to do. Now we need to decide what to do next, so that’ll be fun. You can see all the shortlisted films and winners on the LSFF website.