A few years ago I created the animation for this advert for Joseph Farms Cheese in California. Originally, I storyboarded it not long out of University in 2009. All went quiet for 3 years until I was given the go ahead again in 2012. Two years later it found itself online with some extra live action added to the end. I guess cheese just isn’t something you rush. 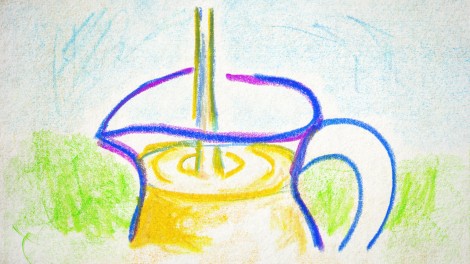 Originally, the style was going to be a more expressionistic style drawn by hand to emphasise the natural qualities of the cheese. However, the client fell for the look of the Flash animated animatic, so I just cleaned that up in Flash and added some texture.

Visualising the natural way cheese is made is an interestingly disturbing fine line. I think people know well enough without having to be reminded directly.