Hoorah! Man In A Cat won ‘Best Story’ at Multivision. It’s encouraging to see a festival recognising the importance of story and listing it directly below the Grand Prix winner, particularly in light of this article by James Moran pointing out how writers are sidelined in awards such as the BAFTAs.

It was especially pleasing as I found out about the prize on my way back from the Alcine Film Festival where I had presented the film. It was only until after winning the award that I realised I had talked as much about the story as much as I had about the technique.

*Update*… and here’s the certificate. 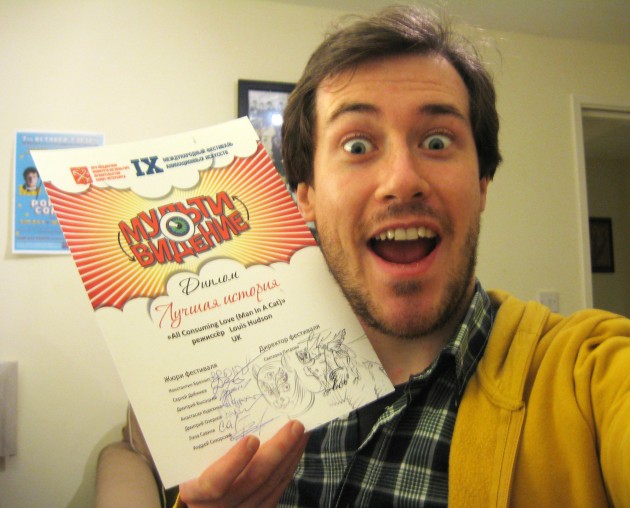